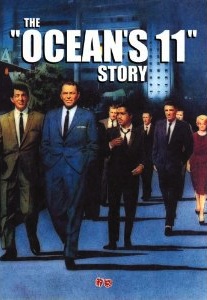 We’re getting ready to open our newest USO Center in Las Vegas at McCarran International Airport…on Veteran’s Day!  It’s an honor to be able to support our troops and their families traveling through one of the busiest airports in the world, and in honor of the grand opening, we thought we’d give you a little history on Las Vegas with this week’s Snag Film, The “Ocean’s 11” Story.

It’s a behind the scenes look at how Frank Sinatra and his rat pack made a movie, did two shows a night, got a president elected and made the city of Las Vegas world famous while never letting the party stop.  As always, you can watch this documentary and hundreds more for FREE online at Snag Films any time you like!  Enjoy and we’ll see you in Nevada next week…

National Geographic gives you ‘’Top Secret’’ access to the nerve center of the U.S. Military. From its frenzied construction during the height of World War II to the terrorist attacks of September 11 and the ensuing war on terrorism, get an intimate view of the history and intrigue of the headquarters for the United States Military. INSIDE THE PENTAGON is a fascinating, intimate view of the Pentagon’s triumphs, defeats, and challenges.

Remember: you can watch great documentaries like this online any time you want and for FREE from Snag Films.  Let us know what you think!

Inside the Pentagon – Watch the Documentary Fil…, posted with vodpod

The Lewis and Clark story is one of America’s great adventures. What better way to celebrate their story than to retrace the most difficult part of their journey? Smithsonian Curator Emeritus Dr. Herman J. Viola and documentary filmmaker Bob Weis did just that–leading twenty modern Americans on a grueling and spectacular 10-day horseback trek over the Bitterroot Mountains of Idaho. The result is a stunning experience back into the American Landscape as the Corps of Discovery first saw it.

For history buffs, this is an exciting retelling of an American adventure. For adventure travelers, it is an exciting journey into some of the country’s most fragile and beautiful sites.

Filmed in remote areas only reachable by horseback, and in exclusive locations including inside Monticello, the Library of Congress, and the Smithsonian.

In Their Footsteps: Lewis and Clark is this week’s FREE online documentary from Snag Films.  You can watch, snag, and share any time you like!

In Their Footsteps: Lewis and Clark – Watch the…, posted with vodpod

Buena Vista Social Club is an unforgettable journey through the music of the artists who sparked a worldwide musical phenomenon.  And it’s available FREE online from Snag Films for you today!

Guitarist/composer Ry Cooder teams up with acclaimed director Wim Wenders (PARIS, TEXAS) to bring to life the Grammy Award® winning smash hit album featuring the rediscovered talents of Cuba’s foremost folk musicians. From the crumbling barrios of their native Havana to their triumphant, sold-out concerts in Amsterdam and New York City’s Carnegie Hall, BUENA VISTA SOCIAL CLUB is an unforgettable journey into the vibrant personalities and unforgettable music of the artists who sparked a worldwide musical phenomenon. 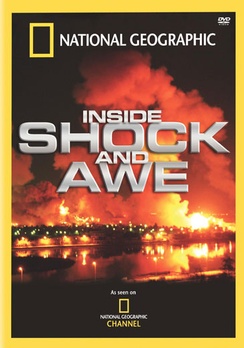 This week’s FREE documentary from Snag Films looks back at the beginning of Operation Iraqi Freedom, and serves as a prescient reminder of the service and sacrifice of our military as we welcome home the combat Troops who served.

For the first time, get a detailed inside look at what happened during the Shock and Awe bombing campaign that launched Operation Iraqi Freedom. Using spectacular exclusive imagery, CGI and powerful survivor interviews, National Geographic investigates the planning, execution and outcome of the most intense bombardment in history—putting it into the context of history’s most dramatic bombardments and providing an inside look at what was going on in Baghdad at the time.

Get an insider’s view of the technology that allows overwhelming firepower to be accurately targeted and learn how exotic missiles, like the thermo baric ‘’bunker busters’’ work. And explore the latest weaponry that may change the future of warfare. Includes Special Bonus Program: Warship.

Inside Shock and Awe – Watch the Documentary Fi…, posted with vodpod 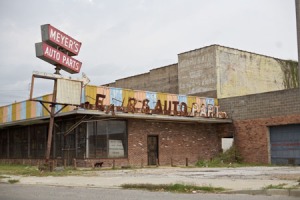 Meyers Auto Parts, in its post-Katrina state. This is the story of the frustrating, spirited battle of a people dedicated to bringing their communities back to life.

Rising from Ruins is set in the spring of 2008, three years after Katrina, finds many communities still lack basic local services such as grocery stores, gas stations and banks. Yet, government support and financial breaks for large chain stores – including tax-free land and buildings – have resulted in small, local businesses being forced to subsidize their competition through the assessment of higher property taxes.

Compounding the struggle for the small outfits is decreased sales due to competition and an inability to compete with lower prices offered by the larger stores. This is the story of the frustrating, spirited battle of a people passionately dedicated to bringing their communities back to life in an enduring, sustainable way.

Director Hanson Hosein served as an NBC correspondent and solo journalist during the war in Iraq and coordinated NBC Nightly News’ coverage of the U.S. handover of power to the new Iraqi government and was embedded with the First Cavalry Division.  Remember: you can create FREE custom movie theater widget from Snag Films whenever you like…
Vodpod videos no longer available.